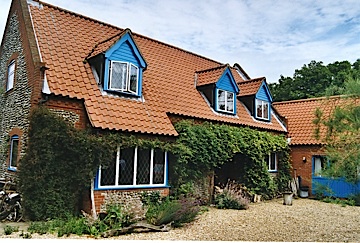 Welcome to my cosy home. Would you like to have a look around?

This is the rear of my house. It is situated in the middle of my garden with apple trees, herb garden and roses. In the fifties, this was the place where children climbed the apple trees and played with a donkey. 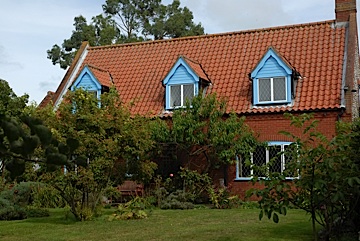 I have lived in Cley for more than 40 years now. I write my books here 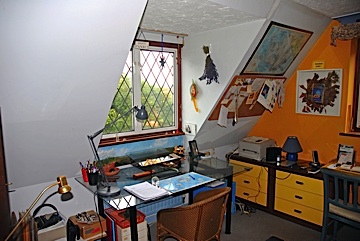 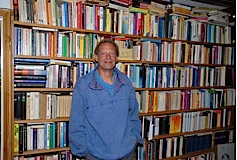 I love my garden. 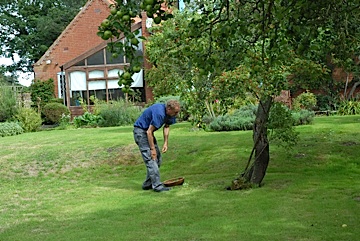 When you will come in late summer you must not leave without pockets & bags of apples. In summer we enjoy the fine scent of lavender and roses. 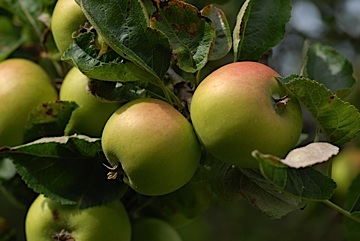 In the kitchen I like to use my own herbs and I bake my own bread. 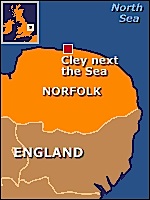 The beach is easily reached. It is within walking distance. And what a walk that is! Through the salt marches on the coastal path. This is one of the biggest and oldest bird sanctuaries in Europe. Since the end of the 19th century, Cley has been the "Mecca of Birdwatching”. 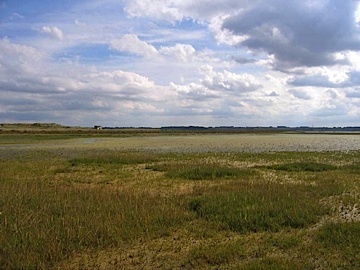 It is fascinating that between Cley beach and the North Pole there is only unbroken open sea. 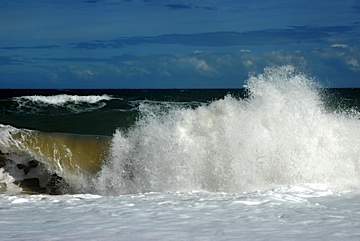 Cley had a famous harbour up to the 17th century but then declined but trade did not end before 1914. The harbour became silted, and the old wharf was abandoned. The present bank was built in 1824 - and hastened the final end of Cley as a port.

After the fire of 1612 which reputedly destroyed much of the old part of the village. Cley was moved to the north, where it is now.

The main street of Cley (Coast Road) has not changed much since the late 19th century. It's not even five minutes walk from my house.

On the main street, you find the most amazing shops for a village this small. There is Picnic Fayre, the best delicatessen in East Anglia. 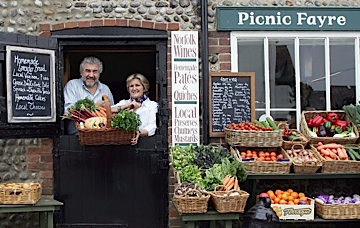 Made in Cley, a gallery and pottery selling high-class pottery and other works of art, www.madeincley.co.uk 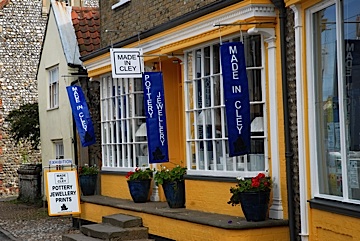 and the Smoke House producing all sorts of fish from kippers and bloaters to salmon. 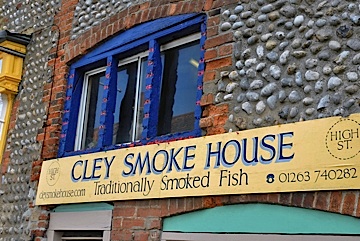 Not far from the Pottery you will find Whalebone House. 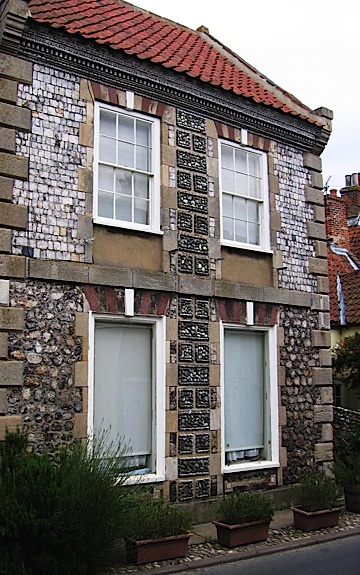 The front of Whalebone House shows an extraordinary combination of carved bones and natural and cut flints. 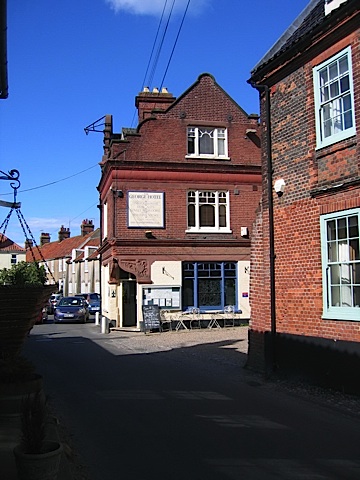 This is the George – a hotel and restaurant serving delicious meals. www.thegeorgehotelatcley.co.uk

I live in Church Lane. At the end of this quiet lane, you find the imposing St. Margaret`s Church, the dimensions of which still remind you of the flourishing harbour.

The nave of St Margaret`s is so big because the wealthy merchants, who made a fortune from the wool trade, could afford to make it big - to impress their neighbours. The ruined transepts are an indication of the decline in prosperity. 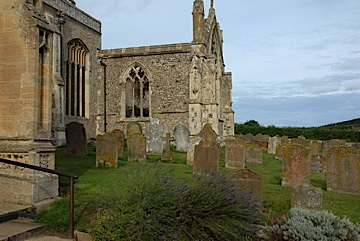 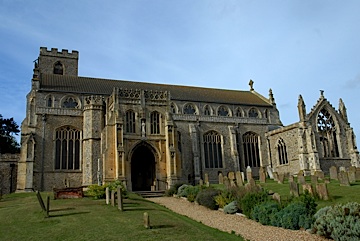 The church was situated in the middle of the old village, just high enough to miss the worst floods. Don`t forget to have a look at the weathered tombstones in the church yard. 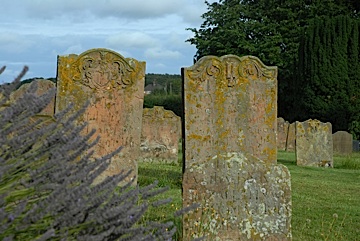 Even more famous than our church is Cley Mill. It`s the mill – the classic mill attracting all romantic projections. You find it on tea towels, mugs and hundreds of postcards. 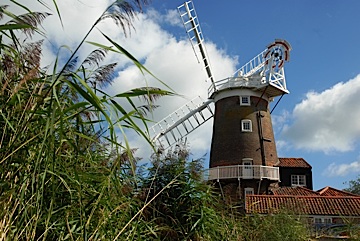 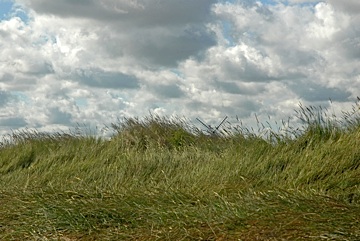 You can visit it.

Below the mill there is a small harbour in which I moore Circe, my beloved boat. 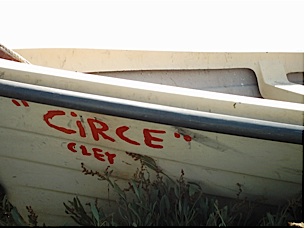 At Blakeney Point, there is one of Britain`s biggest breeding grounds for terns - living in harmony with about 500 common and grey seals. The vast sandy beaches out here are loved by seals and people as well.

There is a ferry service to the seals - depending on the tides.

To walk to Blakeney Point (the end of a narrow tongue of land at the sea's edge) is a great experience. You will enjoy the landscape's clear lines. 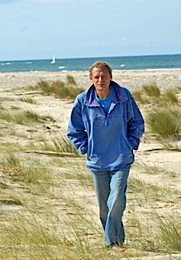 You will understand that some writers coined the phrase: "Cley is on the edge". And some describe how small they feel at Blakeney Point. 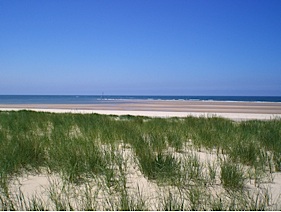 Common, sandwich, and arctic terns fish here by diving into the sea – the end of small fish, crab and mussels!

By choosing the right time such a walk is easy and fun and takes no longer than five hours to return (with some breaks).

What else is to say about Cley? 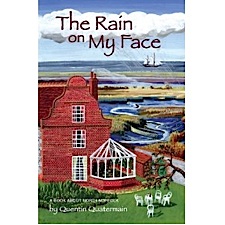 A novel about the life in Cley "The Rain on My Face" by Quentin Quatermain was published in summer 2004. It has hints of a famous Shakespearian play based on an ideal way of living. You find in detail how some of us live here, why we are living here and what the magic of Cley is. In this novel, Cley is seen as the heart of "Merry England”. And when you have read it you know all the local gossip – well, fiction & truth...
Do you know who I am in this novel?

There were some famous novels before (all suspense – because it is so quiet here) where the story or parts of it was placed in Cley. The criminal story "The Murder in the Hide” was such a success that it was filmed by the BBC. Jack Higgins in "The Eagle has Landed” tells you the place where the agents of the Germans met – of course, five minutes’ walk from where I live (are you surprised? ☺)

Cley next the Sea has attracted so many creative people that it is sometimes called "Cambridge next the Sea”. Well, Cley has a lot of names. I remember one morning when the village signs were changed to "Cley ecstasy”.